"London Fields" From Page To Screen

First published in 1989, Martin Amis’ London Fields, is set in 1999; it’s a slightly futuristic story that isn’t set now, but takes place in the not-too-distant future. 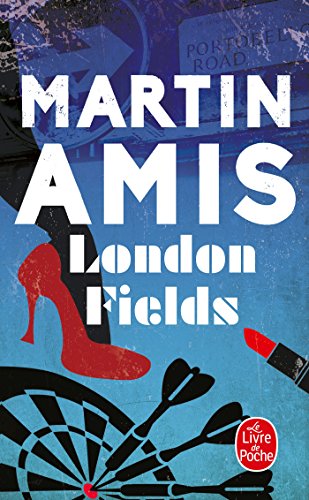 The New York Times called London Fields "a virtuoso depiction of a wild and lustful society."

Though nearly two decades old, London Fields remains one of the most acclaimed, honored, and controversial British novels of the 20th century. Like most of Amis’ work, London Fields depicts the excesses of Western civilization, creating a satiric acid-tinged view of a heedless, self-destructive society inhabited by equally heedless, self-destructive people—a world that teeters on the brink of collapse.

Though classified as a “black comedy,” and laced with enough dark humor, sex, violence, and neo-noir plot twists to fill a shelf full of pulp-fiction page-turners, London Fields is also unmistakably a serious novel-of-ideas. Like all serious literature, London Fields exposes who we are, how we live, and where we are headed.

Like many literary novels, London Fields had a long and circuitous journey getting to the screen. Over the years many filmmaking teams saw the obvious appeal in its premise. After all, there’s something undeniably tantalizing about a murder mystery in which the murder hasn’t taken place yet, just as there is something suspenseful about a story in which every character—indeed, the entire society—has a rendezvous with death. However, there are other qualities to London Fields that resisted easy adaptation. For instance, there is the extreme darkness of the story—Sam is dying, Nicola will be murdered, and there is the looming threat of an earth shattering event — “The Crisis.”

That is until Producer Chris Hanley took on the project. Hanley has experience adapting what others would call difficult projects and turning them into films. With the right collaborators, Hanley has boldly brought Amis’ London Fields to the screen.