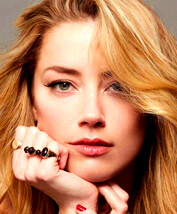 Amber Heard has appeared in numerous films opposite some of Hollywood’s biggest stars. Her more recent roles include playing Mera in James Wan’s Aquaman, a character that first appeared in Zack Snyder’s Justice League which grossed over $655 million worldwide, playing Zelda in Alex Ross Perry’s Her Smell, and playing Joyce in Nabil Elderkin’s Gully.

Heard starred in Tom Hooper’s The Danish Girl. The film premiered to rave reviews at the Venice and Toronto International Film Festivals and was released by Focus Features in January 2016. In 2015, she had two films premiere at the Tribeca Film Festival, The Adderall Diaries opposite James Franco and When I Live My Life Over Again opposite Christopher Walken.

Her other film credits include The Ward, And Soon The Darkness, All the Boys Love Mandy Lane, Zombieland, The Stepfather, Pineapple Express, Rum Diary, North Country, Drive Angry, The Joneses, Never Back Down, Alpha Dog, and Friday Night Lights.

Originally from Texas and currently residing in Los Angeles, Heard is an outspoken advocate for women's and children’s rights. She devotes her time off-screen to organizations like the American Civil Liberties Union (ACLU), Amnesty International, and the Art of Elysium, and most recently returned from a humanitarian trip to Jordan to visit Syrian refugees with the Syrian American Medical Society (SAMS). Heard is a Human Rights Champion of the UN Human Rights Office, lending her voice and support to promote the principles of the Universal Declaration of Human Rights, which was adopted 70 years ago. 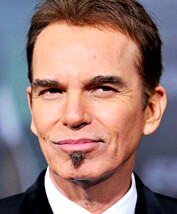 Currently celebrating a high water mark in his career, Thornton’s recent projects include A Million Little Pieces, the screen adaptation of James Frey’s best-selling book and the Amazon series Goliath, for which his performance garnered him a Golden Globe Award for Best Actor in a Television Drama.

Thornton’s past projects include the critically acclaimed FX Network limited television series Fargo, for which he received Golden Globe and Broadcast Television Critics Awards for Best Actor in a Mini-series or Movie, and Emmy and SAG Award nominations in the same category and the films Our Brand Is Crisis and The Judge. Thornton also starred in the ensemble drama Jayne Mansfield’s Car, an original script co-written by Thornton and longtime collaborator Tom Epperson for which he once again stepped behind the camera to direct.

In 2003, he garnered a Golden Globe nomination for Best Actor in a Musical or Comedy for his role in the critically acclaimed box-office hit Bad Santa, and in 2004, he received rave reviews for his portrayal of legendary frontiersman Davy Crockett in Touchstone Pictures’ The Alamo.

Thornton’s 1996 release of the critically acclaimed feature film Sling Blade, which he starred in and directed from an original script he wrote, firmly secured his status as a preeminent filmmaker. For his efforts, he was honored with both an Academy Award for Best Adapted Screenplay and an Academy Award nomination for Best Actor.

Prior to Sling Blade, Thornton already had an extensive motion picture credit list. He wrote and starred in the thrilling character drama One False Move, which brought him immediate critical praise. Thornton’s powerful script (co-written with Tom Epperson) was enhanced by his intense performance as a hunted criminal. The film, directed by Carl Franklin, was an unheralded sleeper success.

In addition, Thornton has been featured in such films as The Winner, Paramount Pictures’ Indecent Proposal directed by Adrian Lyne, Deadman, and in Tombstone directed by George Cosmatos for Buena Vista Pictures.

Thornton has also appeared in the films On Deadly Ground, Bound By Honor, For The Boys, and The Stars Fell on Henrietta.

For his second and third directorial outings, Thornton chose the comedy Daddy And Them, which he again wrote and starred in, and the best-selling Cormac McCarthy novel, the epic All The Pretty Horses starring Matt Damon, Penelope Cruz, and Henry Thomas.